Change may be coming this year to certain rules for IRAs and other retirement accounts. The House of Representatives recently passed the Setting Every Community Up for Retirement Enhancement (SECURE) Act of 2019 by a 417-3 vote. The Senate has its own version called the Retirement Enhancement and Savings Act (RESA), which shares many provisions with the SECURE Act, but does differ in several respects. Recent efforts have been focused on passing the House bill in the Senate, either as is or with minimal modifications.

Both bills would raise the age at which minimum distributions from Traditional IRAs and 401(k)s must start. Currently that age is 70½, but the SECURE Act would raise that to 72 and the RESA would raise it to 75. The amount that must be distributed each year would continue to be based on life expectancy tables published by the IRS. However, delaying IRA distributions until the law requires them may not be the best strategy for everyone. While delaying taxes may be attractive, that may come at the expense of a higher tax rate. An individual’s IRA withdrawal plan should be designed in consultation with one’s tax adviser and investment professional.

The bills would also increase the number of people who are eligible to contribute to a Traditional IRA. First, the age limitation for contributing to Traditional IRAs, which is now age 70½, would be eliminated. For those who continue to work past age 70, the possible tax deduction from IRA contributions is welcome news. Second, recipients of certain academic stipends and non-tuition fellowship income may now, under the SECURE Act, consider that to be income when determining their eligibility to contribute to an IRA.

Elimination of the “Stretch IRA”

While the above changes are certainly favorable to IRA investors, there is one potential change that is decidedly negative—the end of the so-called “Stretch IRA”. Under current law, non-spouse inheritors of an IRA have the option of stretching out distributions over their own life expectancies. But the SECURE Act would require all non-spouse beneficiaries to withdraw the entire inherited IRA within 10 years, while the RESA would apply a five-year time limit only to non-spouse beneficiaries who inherit more than $400,000. The intention of this provision is to accelerate the taxation of the tax-deferred IRA money. (A spouse who inherits an IRA will continue to be able to roll over the IRA money to his or her own IRA and treat it as such. Also, minor children would be excluded from the new time limit.)

The ramifications of the elimination of the Stretch IRA could be substantial for beneficiaries if the larger annual withdrawal amounts push them into higher tax brackets. Even under current law, a Roth IRA or 401(k) is a much more attractive vehicle for beneficiaries. The new regulations would make it even more attractive. Under the SECURE Act, the Roth (like the Traditional IRA) can be held for 10 years after the death of both spouses, but during that time the tax-free (not just tax-deferred as with the Traditional IRA) accumulation of earnings is preserved, and then the money can be withdrawn with no tax liability. This benefit is in addition to the fact that the Roth IRA is not subject to required minimum distributions for the original owner, who can leave the money in there to accumulate tax-free for the rest of his or her life for the benefit of his or her heirs. Because of these features, it is anticipated that conversions from Traditional IRAs to Roth IRAs for estate planning purposes will become more numerous, despite the tax liability that conversions entail.

Company Plans and Other Changes

There are other provisions in the bills that are intended to expand the ability of small businesses to offer retirement plans. Small employers could set up multi-employer plans that would allow them to share plan costs. There is also a new tax credit to encourage automatic enrollment, which has shown to be effective in increasing employee participation, and the current tax credit for starting a retirement plan would be raised from $500 to $5,000.

Larger businesses may also be affected by the new legislation. Long term part-time employees would now be eligible to participate in a company’s 401(k) plan. Also, in response to concerns that some people may outlive their retirement money, plan sponsors could add annuities, that may pay income for life, as an option for employees. Some retirement experts have expressed concerns about the high fees often associated with annuities, but have advocated for offering deferred annuities in 401(k) plans. This type of annuity can be purchased relatively inexpensively with a small portion of the account balance at an earlier age, such as age 70, but doesn’t pay out until a later age.

Other provisions in the bills include a loosening of some rules for 529 college savings plans, some relief for the so-called “kiddie” tax, and additional reasons for penalty-free IRA withdrawals.

Although we have a good idea of the direction the final bill will take, the precise provisions and the timing of the bill have yet to be determined and are subject to the rules and politics of the House and Senate. Although there is widespread bipartisan support, already there have been delays due to interference from a few individual senators that has prevented the House bill from swiftly passing through the Senate, as some hoped. In the meantime, we can be thinking about what the changes will mean for us as individuals and be ready to make adjustments to our plans and strategies. 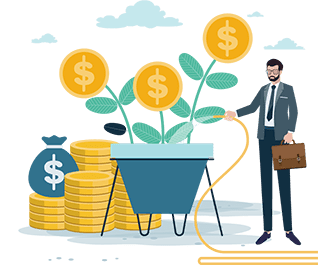 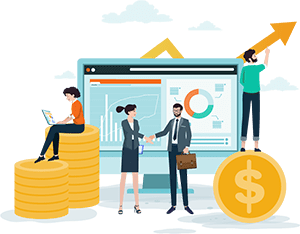 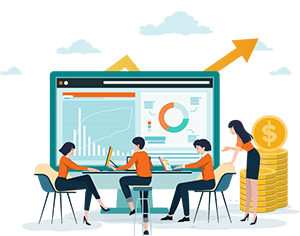